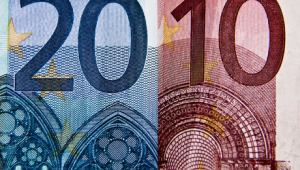 09.05.2012 European nations are not doing enough to fight corruption and bribery, according to an annual report released on Wednesday (9 May) by the Council of Europe (CoE). In the EU alone, corruption costs an estimated €120 billion annually.
The CoE’s group of states against corruption (Greco), which acts as a peer review system producing reports and recommendations on different aspects of each member’s efforts to fight corruption, says members need to increase transparency of political funding.
In April, Greco requested Italy to clean up its act, citing a gross lack of transparency throughout its party funding structure.

“The control performed by [Italian] public authorities over political funding is fragmented and formalistic, consisting of three different institutions with limited powers and no co-ordination either among themselves or with law enforcement bodies,” the CoE said.

Anonymous individual donations to political parties are banned in the Czech Republic, according to Greco. Everyone, regardless of the donated amount, must reveal his or her identity.

But elsewhere, the threshold on individual donations before disclosure is too high. The report points out that in Germany, only the identities of individuals who donate more than €50,000 to a political party are made public.

Germany and Spain are also the only two member states that have yet to ratify the 1999 criminal law convention on corruption. The convention creates obligations for signatory states to criminalise corruption in both the public and the private sector.

Germany’s national law on bribery and corruption applies to members of its parliament but is limited in scope. Parliament members can only be investigated if the allegation is linked to a legislative process. The supervisory body in the Bundestag charged with monitoring compliance with German legislation is composed of eight individuals.

Furthermore, Germany along with EU member states Hungary, Malta and Portugal has yet to sign and ratify an additional protocol to the convention, requiring signatories to set up legislation against bribery. The Czech Republic, Estonia, Finland, Lithuania, Poland and Spain have signed but not ratified the protocol.

The annual report gave instances where legislation in EU member states meant to curb corruption and bribery of government and private officials is woefully weak or not sufficiently enforced.

In Estonia, the definition of the public sector excludes members of parliament. Criminal penalties in bribery cases are rarely applied in practice in Belgium, Cyprus, Estonia, Finland, France, Greece and the UK.

The report quotes the views of an anti-bribery-working group at the OECD, the Paris-based eceonomic club, that “it is widely recognised that the current substantive law governing bribery in the United Kingdom is characterised by complexity and uncertainty.”

In other findings, the CoE evaluation teams found that EU candidate country Iceland may be becoming more corruption-prone.

“[The] perception that Iceland has a very low level of corruption may well have a negative impact on the alertness with regard to possible corruption now or in the future,” said Greco.

The report claims Icelandic companies have to deal with countries where corruption may be endemic. The evaluation team “heard on several occasions that the potential for corruption is increasing in Iceland” due to its increased exposure to market liberalisation and the internationalisation of its economy.

Roderick Macuely, a criminal law adviser at the UK’s ministry of justice said legal tools alone will not bring those committing bribery offences to justice. Macuely, who drafted the CoE evaluation report on incriminations, stresses both political will and greater resources are needed to seriously fight corruption.

The social implications of corruption on some EU-funded projects are also widespread.

CoE’s human rights commissioner Thomas Hammarberg said: “Projects to promote the social inclusion of marginalised groups of people, such as Roma, have been funded with millions of euros, often with great accompanying publicity.”

Such projects may fail because of the mismanagement of funds. In some cases, says Hammarberg, the funds never reaches the “targeted beneficiaries” who are then accused of having wasted public money for personal interest.

For its part, the European Commission said in June last year that the legal frameworks at the international and European level are unevenly implemented throughout EU member states.

According to the Brussels’ executive, four in five EU citizens regard corruption as a major problem in their member state. The commission intends to publish its first EU anti-corruption report sometime in 2013.