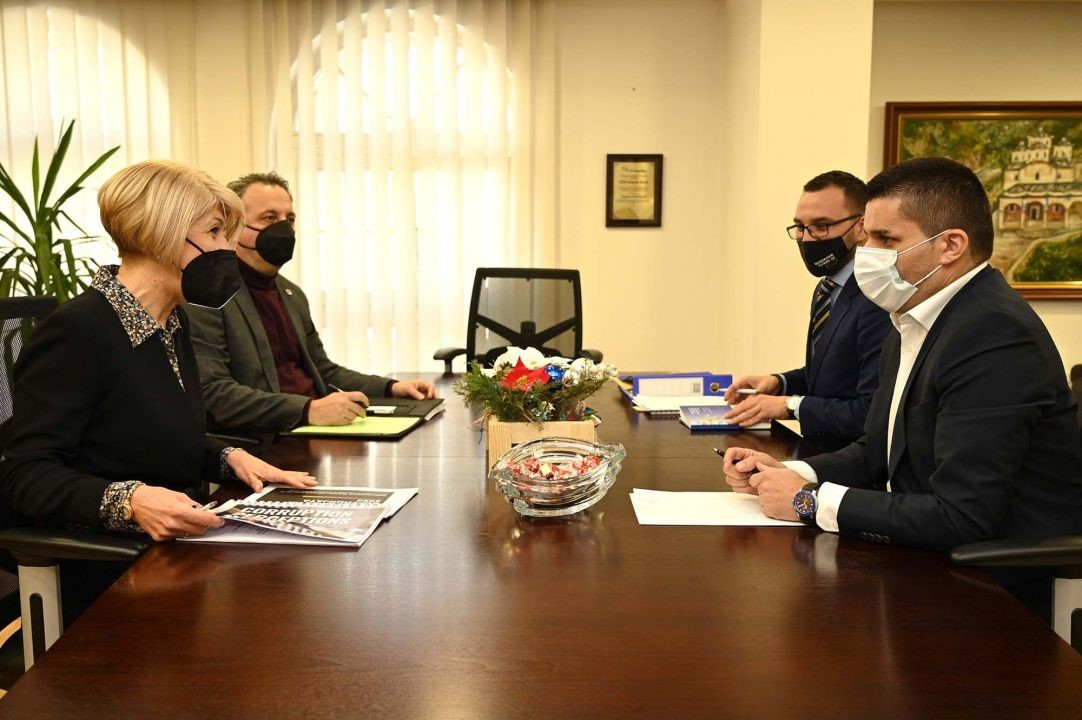 -By Slagjana Taseva, Chair, TI Macedonia
11.02.2021 The launch of the 2020 Corruption Perceptions Index in North Macedonia at the end of January 2021 caused a reaction unlike any seen here before. Our abysmal performance in the index has created a renewed sense of urgency for the fight against corruption, which will hopefully lead to real political will and lasting change. At the same time, reactions to the index have once again revealed issues in the media landscape, judiciary and space for civil society that threaten to create continue obstacles to progress.
North Macedonia scores just 35 points in the 2020 Corruption Perceptions Index, putting the country in 111th place out of 180 countries assessed. In 2014 we ranked 64th. This precipitous fall down the index led to widespread media attention and reactions from across the political spectrum.
Perhaps predictably, the main opposition political party used the results to attack the government, blaming it for the index results. On the other hand, the Vice President for Anti-Corruption and Crime, Sustainable Development and Human Resources, Ljupcho Nikolovski, announced that the government is working hard to eradicate all the corruption and irregularities of the previous 11 years, when the former government was in power.
The President of the State Commission for Prevention of Corruption, Biljana Ivanovska, was more clear-eyed in her assessment. She announced that corruption has become a way of life in the country and that it influences politics and business.
Even the President of the Republic weighed in on the results, saying that he is not surprised because there is indeed a lack of progress. The President urged the government to provide more support for the State Commission for Prevention of Corruption, and that the institutions, the police, and the prosecution need to show more responsibility and accountability.
Yet, if you were to look at the front pages of several major newspapers the day after the index was released, you would find a very different story – the news that an anonymous offshore company based in the Bahamas had succeeded in its defamation suit against me personally.
Two facts stand out. The state-owned news agency MIA published the information about court ruling even before it was accessible on the court’s website. Those front-page articles neither mentioned that the ruling is in the first instance nor quoted the source of their information.
As I argued in my defence, and will argue in my appeal of the ruling, the defamation suit illogically treats me as a private person rather than speaking on behalf of TI Macedonia – for remarks delivered at a press conference of the organisation of which I am Chair. It appears that the company found it more convenient to sue an individual than the Chair of an anti-corruption civil society organisation. It is concerning that the courts have allowed this.
Despite this attempt to distract from and undermine civil society’s findings about the state of corruption in North Macedonia, the public kept their attention on the issue that matters. Media attention on the 2020 index was unlike any we have seen in the past.
After I discussed the index results with Biljana Ivanovska on a televised debate programme, the deputy PM himself invited us to meet with him.
As I explained, the government needs to take a clear stand and demonstrate political will to effectively address long-standing problems of politicization and corruption in public employment procedures. Judicial reforms need to be intensified, as do efforts to provide equal opportunities in business. Closer cooperation with civil society and the State Commissions for the Prevention of Corruption will help the government identify priority areas and best-practice models for developing integrity and accountability.
While it is a very positive move for the government to engage with Transparency International, we are still hoping for more focus on the corruption challenges facing North Macedonia from its government. The appearance of opaque information sharing between the judiciary, media and government to distract from our findings does not set the right tone for a government that has campaigned on anti-corruption.
As the Chair of Transparency International, Delia Ferreira Rubio, said in supporting our efforts:
“Attempting to distract from the CPI results will not change the reality of corruption in North Macedonia. That will only be achieved by taking the CPI results seriously and establishing strong political will to change attitudes and corrupt behaviour, which creates uncertainty for business, threatens rule of law and weakens protections of human rights. The government of the Republic of North Macedonia are strongly encouraged to take full advantage of the support the Transparency International movement can provide in order to create effective policies for changing the corruption situation there.
“On behalf of Transparency International, I express our strong support for our accredited National Chapter in North Macedonia and its continuous stand for good governance, integrity and rule of law as basis for the democracy, development and the future of the country as a candidate for EU accession.”
Category: News11/02/2021
Сподели на
Share on FacebookShare on Facebook TweetShare on Twitter Pin itShare on Pinterest Share on LinkedInShare on LinkedIn Share on WhatsAppShare on WhatsApp

Photo contest winners – Promoting Common Values Across Europe
16/06/2021
Search
Latest news
Archive
Go to Top
We use cookies on our website to give you the most relevant experience by remembering your preferences and repeat visits. By clicking “Accept”, you consent to the use of ALL the cookies.
Cookie settingsACCEPT
Manage consent