The latest news from the Joomla! Team

For EU negotiation there is a need for political will

03.11.2013 The latest interview of Ambassador Marriet Schuurman on Radio Free Europe: on the 2013 EU progress report for Macedonia, situation with the rule of law in the country, media freedom… 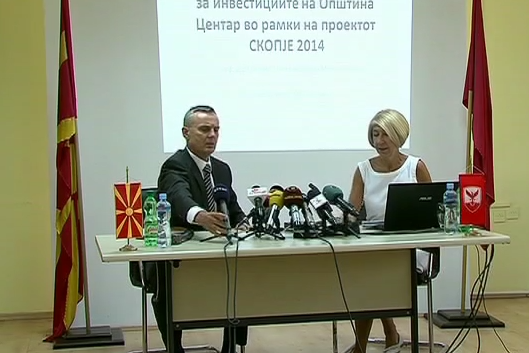 20.08.2013 Fingers are pointed at the municipality Centar and the Ministry of Culture, which, according to Zernovski, worked illegally. 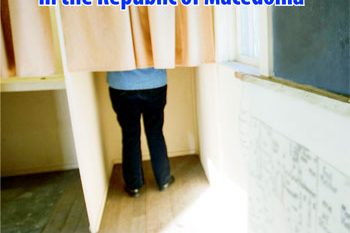 Buying Influence: Money and Politics in Republic of Macedonia

11.07.2013 In Republic of Macedonia there is a weak legal framework and a weaker practice in ensuring the reliability of the financial reports of political parties participating in elections. At the same time there is a very good legal basis but evident weak application of the provisions regarding the transparency and public oversight of the finances of the politics during election.

25.06.2013 Croatia should make political party financing more transparent to strengthen its democracy as it prepares to join the European Union (EU), according to a report released today by Transparency International. The report also called on Albania, Kosovo, Macedonia and Serbia to make progress in this critical area.

The report ‘Buying Influence: Money and Elections in the Balkans’ warns that a lack of public trust in political parties is threatening the democratic process across the Balkans. Citizens in Croatia, Macedonia and Serbia already view political parties as the most corrupt of twelve public institutions assessed, according to the anti-corruption organisation’s Global Corruption Barometer for 2013, set to be published this summer. 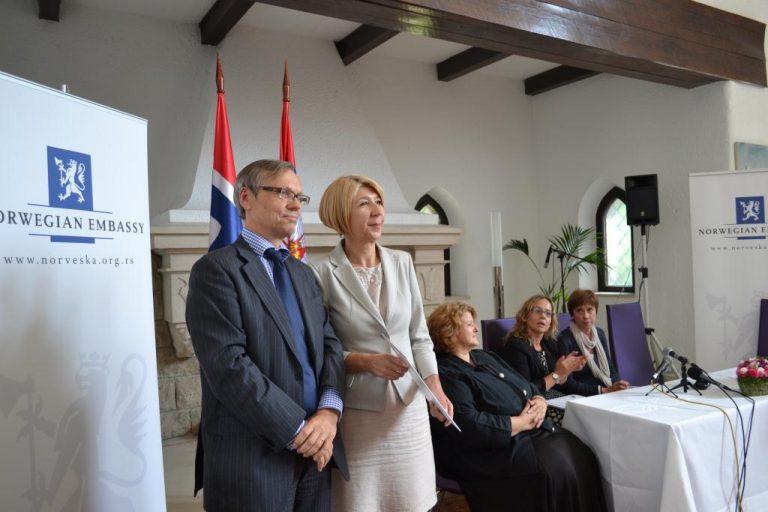 17.06.2013 On June 11, the Royal Norwegian Embassy in Belgrade signed 30 new contracts for civil society actors in Serbia, Montenegro and Macedonia.

The awarding ceremony took place on a special day in Norway’s history – on the 11th of June, on the day 100 Years after Norwegian women got the right to vote.

The gathered representatives of the civil society in Serbia were addressed by Ambassador Kamsvåg Speech at, as well as by three prominent women, whose work demonstrates the importance of women’s participation in public life in Serbia: Mrs. Natalija Micunovic Director of Directorate for Gender Equality Ministry of Labor and Social Policy, Ivana Cirkovic Director of the Office for Cooperation with Civil Society of the Serbian Government, and Milica Delevic, the outgoing Chairperson of the National Assembly’s European Integration Committee and member of the Advisory Board of the Norwegian Embassy. 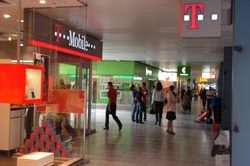 The Telekom affair: silence in Macedonia

02.05.2013 The Macedonian citizens had been paying their telephone calls several times more expensive than their neighbors had. The monopoly that the Macedonian Telekom was enjoying at the national level generated large profits for the company and for the parties in power. How did the Telekom manage to keep the monopoly at times when Macedonia was working on the market liberalization in all spheres?

Citizens do not report corruption

02.05.2013 The telephone hotlines for reporting bribery and corruption are “dead”. Almost no one reports cases of corruption on telephone numbers especially opened in state institutions for that purpose. It is not known how many cases of suspected corruption have been reported on the special hotline 199 which was promoted as a national hotline for… 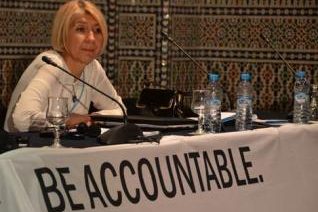 19.04.2013 While there are international treaties to control the sale of goods from dinosaur bones to postage stamps and bananas, there has thus far been no such treaty to control the trade in weapons worldwide. Two-thirds of the largest arms importers and half of the biggest arms exporters in the world have relatively weak anti-corruption controls. Today, the United Nations General Assembly has taken an important step to change this as an overwhelming majority of states voted in favour of the UN Arms Trade Treaty (ATT).

Application for reporting corruption in Macedonia now available for iOS

PrijaviKorupcija.org, the most innovative tool helping the citizens in the fight against corruption in Republic of Macedonia, has launched its mobile app for iPhone.
This application allows users to report cases of corruption, which are checked afterwards by the TI-Macedonia team and, as validated, published online at www.prijavikorupcija.org. Users can also view reported cases, categorized by reported case type, and by geographic area. This application is the first of its kind in the Balkans, and Europe as well.  All private information supplied by the reporting party is not available to the public.

Прочитај повеќе
1
2345
…67891011
Go to Top
We use cookies on our website to give you the most relevant experience by remembering your preferences and repeat visits. By clicking “Accept”, you consent to the use of ALL the cookies.
Cookie settingsACCEPT
Manage consent